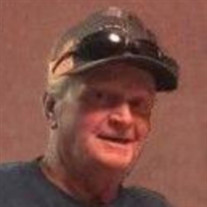 Arthur Cain, 63, of Nederland, Texas passed away October 21, 2021 at the Medical Center of Southeast Texas. Arthur was born in Columbus, Ohio on April 24, 1958 to the late Jeff Cain and Melba Joyce Midkiff Cain. When Arthur was 12 years old, he moved to Nederland with his family where he spent the rest of his life. He was a member of the Nederland High school Graduating class of 1976. Arthur was an avid racing fan to say the least. Not only did he love watching Nascar, he was a well-known mechanic at the local go cart and dirt racing tracks. When he was younger, he was the lead mechanic and crew chief for his brother’s dirt track racing team. His love for racing was contagious. When his daughter, Tiffany, turned seven, she wanted to participate in racing just like her dad. Arthur started her in a long childhood racing career where he was the head mechanic and crew chief every step of the way. Along with racing, Arthur loving to ride his Harley Davidson motorcycle and could never pass up a good home cooked meal. He was the kind of person that never met a stranger, and knew how to cut up and put a smile on someone’s face. He was a loving husband, father, and will truly be missed by all who knew him. Those left behind to cherish Arthur’s memory are his loving wife, Pam; his daughter, Tiffany Cain; his step-son, Aaron Williamson and wife, Casey; his step-daughter, Melony Horn; his sister, Teresa Cain; and numerous loving family members and friends. Arthur is preceded in death by his parents; the mother of his daughter, Sandy Cain; his brother, Aubrey Cain; and his aunt, Ruth Dickerson. A gathering of family and friends, in Arthur’s honor, will be held by the family at a later date.

Arthur Cain, 63, of Nederland, Texas passed away October 21, 2021 at the Medical Center of Southeast Texas. Arthur was born in Columbus, Ohio on April 24, 1958 to the late Jeff Cain and Melba Joyce Midkiff Cain. When Arthur was 12... View Obituary & Service Information

The family of Arthur Cain created this Life Tributes page to make it easy to share your memories.