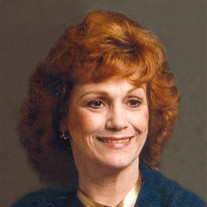 Barbara Jane Quebedeaux, 86, of Houston, Texas formally of Port Arthur passed away, Tuesday February 7, 2017 at the Harbor Hospice in Beaumont. Barbara was born March 13, 1930 in Port Arthur to the late Ellis Paul Barbin and Lula Mae Ransonette Barbin. She lived most of her life in Port Arthur until moving to Houston in 1977. Barbara owned a commercial real estate company, a construction company, and interior design company, in Houston. She was active in her community when she lived in Port Arthur, by creating Tri-hi-y, and president of Little League. She also sold hair goods, and styled them for cancer patients, at M.D. Anderson in Houston. She served on various committees at the Houston Association of Realtors. Barbara was preceded in Death by her parents; her husband, Alvin Paul Quebedeaux; her sons, Alvin Ray Quebedeaux and Garland Paul Quebedeaux; her sister, Sybil Flores. She is survived by her daughters, Myrtis Miller and her husband, Earl of Port Neches, and Pamela Gail Guillote and her husband, Walter of Spring; her brother-in-law, Gustavo Flores of Port Neches; her seven grandchildren, Angie Wood, John Wood, Kevin Miller, Lisa Kroll, Kyle Miller, Barise Michelle Hatfield, and Chivas Paul Guillote; twenty-two great grandchildren, and six great-great grandchildren. A gathering of the family and friends will be held on Thursday, February 9, 2017 from 5:00 p.m. to 8:00 p.m. with a rosary at 6:00 p.m. prayed by Deacon Ivan Watson at the funeral home. A Mass of Christian Burial will be held on Friday, February 10, 2017 at 11:00 a.m. at St. Elizabeth Catholic Community, in Port Neches, with Rev. Shane Baxter officiating, with interment to follow at Greenlawn Memorial Park in Groves under the direction of Melancon’s Funeral Home, 1605 Avenue H, Nederland, 77627.

The family of Barbara Jane Quebedeaux created this Life Tributes page to make it easy to share your memories.