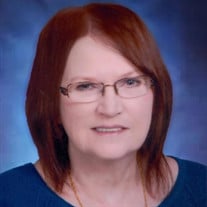 Bobbie Lea Boudreaux, 75, of Nederland, Texas passed away on Saturday, April 16, 2022, surrounded by her family following a lengthy battle with Parkinson’s disease. Bobbie was born on October 12, 1946, in Port Arthur, Texas to Robert Theriot and Lillian Blanton Thibodeaux. Bobbie graduated from Thomas Jefferson High School in Port Arthur, Texas in 1964. She later met Kenneth Boudreaux at a movie theater and the two of them later worked at the “Drive In” together before being married on December 21, 1968. Bobbie and Kenneth made their home in Nederland and had three children; Ryan, Keely, and Keri and she spent many years as a homemaker while her kids were young. Bobbie supported her kids in sports activities and was a very supportive dance mom. Bobbie later worked at Community Bank in the Proof Department for several years before leaving the workforce to care for her five grandchildren. She was the grandchildren’s Bebe and Mammaw. Bobbie spent her life taking care of others and anyone who entered her home was considered family immediately. She was known for her kindness, compassion, and loved by many. Bobbie had a love for animals, enjoyed trips to the lake and the beach with her family, and enjoyed tent camping and fishing with Kenneth in their younger years. Bobbie enjoyed music from the Boogie Kings, Edgar and Johnnie Winter, and Jerry LaCroix and told stories of seeing them play music at the Circle Club, the Palomino Club, and the Big Oaks, all across “the river”. She also enjoyed going to Boy Band Concerts with her daughter’s and watching her favorite shows; The Voice, Big Brother, Survivor, Gunsmoke, and The Andy Griffith Show. Bobbie cherished her family, and especially loved watching her grandkids perform in dance recitals, pageants, and sporting events. Bobbie was preceded in death by; her parents, Robert Theriot and Lillian Blanton Thibodeaux, her in-law’s Elsie and Donald Boudreaux, her sister-in-law and brother-in-law Brenda and Elroy Chesson, and her daughter-in-law Kim Payton Boudreaux. Those left to cherish Bobbie’s memory include; her husband of fifty-four years, Kenneth Boudreaux, her son, Ryan Boudreaux of Buna, Texas, her daughter, Keely Boudreaux Michalk and husband, Jason of Nederland, Texas, and her daughter, Keri Boudreaux Collins and husband, Justin of Nederland, Texas; grandchildren, Toby Trahan, Shelby Trahan, Lilly Michalk, Levi Collins, and Jack Collins; and one great-grand child, Hudson Trahan; sister Kayla Munter and husband, Robert of Houston, Texas, brother Van Theriot and wife, Cindy of Fannett, Texas, sister-in-law Darlene Oliva and husband, Vince of Nederland Texas; and many nieces and nephews. A Rosary will be held at Melancon’s Funeral Home in Nederland, Texas on Friday, April 22, 2022 at 4:30pm with a visitation to follow from 5:00 – 8:00pm. Bobbie’s funeral service will be conducted at 1:00pm on Saturday, April 23, 2002, also at Melancon’s Funeral Home with Father J.C. Coon, officiant. Interment will follow at Memory Gardens in Nederland, Texas.

The family of Bobbie Lea Boudreaux created this Life Tributes page to make it easy to share your memories.

Bobbie Lea Boudreaux, 75, of Nederland, Texas passed away on...