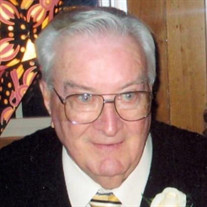 Charles Edward Stuart (90) of Nederland, Texas passed away April 28, 2022, at Harbor Hospice in Beaumont, Texas. Charlie, or “Pops” was born on August 4, 1931, in Horatio, Arkansas where he grew up with his parents and 3 sisters. He attended Horatio public schools from 1st to 12th grades. Charlie excelled at football, basketball and baseball. At 6’6’’ he was awarded opportunity to play college ball. But was then drafted into the US Army in 1951, serving in the Korean War as a field medic in Pusan, Korea with the 421st Medical collecting company. Upon discharge from the army, Charlie attended Henderson College. In Charlies own written words he described meeting his wife, Mary Alice Huddleston Stuart of 66 years, stating that “his sister Theda brought two girls home from college for the 4th of July holiday and cupids powerful love arrows hit his heart and he fell hard upon that meeting with Mary, telling his mom he would marry her”. They were married on Christmas Day, 1955. They started their life together in Nederland, Texas. Charlie was retired from Ameripol-Synpol when he became founder and co-owner of Moren Transportation. Later he became a truancy officer and substitute teacher for Nederland Independent School District, often taking on students who had been to alternative campus and required home school. On his own, rewarding children with trips to the mall and 1:1 time for a job well done. Charlie was a lifetime and active member of Sertoma International, serving in many capacities such as President, Vice President, and heads of many committees in the community. Charlie won numerous awards for his service both locally and internationally with Sertoma, being named Man of the Year. Charlie loved sports and children. He was a founding member and 1st VP of Nederland South little league. Charlie loved the outdoors and was an avid fisherman and hunter. He also enjoyed gardening and 2 crossword puzzles a day, explaining that’s how you stay sharp. He was also a creative writer and left treasured memories for his family. He would write love notes randomly and hand them to Mary in her recliner 4 feet from his recliner. Daily, before becoming ill 2 months ago, he enjoyed adult coloring books, and dedicating pages to different members of the family, and “his future great grandchildren.” Pops will be missed by his family, wife, Mary Alice Stuart of Nederland, 3 sons, Layne Martin Stuart of Nederland, Loy Randall Stuart and his wife Molly Talbot Stuart of Austin, Texas, and Joseph Edward Stuart of Nederland. His 4 grandchildren, Abby Stuart and her husband, Todd Wetmore, of Bentonville, Arkansas, Ellen Stuart of Greensboro, North Carolina, Kaitlyn Stuart of Denver, Colorado, Kyle Stuart of Nederland, Texas and their mother Barbi, sister Theda Ward of Horatio, Arkansas and a host of nieces and nephews. Charlie is preceded in death by his parents, Mae Coffman Stuart and Joe Dillon Stuart, his two sisters, Shirley Pieratt, and Barbara Anderson. From the wishes of Charlie and Mary, a memorial will be planned for a later date. Cremation will be entrusted to Melancon funeral home. The family would like to thank all the nurses and doctors at Bonne Vie and the staff at Harbor Hospice in Beaumont. Charlie contributed regularly throughout his lifetime to the following charities: Wounded Warriors Project St. Jude Children’s hospital and Sertoma Speech and hearing foundation A Visitation will take place from 1:00 p.m. until 3:00 p.m. Saturday, May 7, 2022, at Melancon Funeral Home in Nederland, Texas with a Celebration of Life "Memorial Service" to Honor the Life of Charles Edward Stuart will be held at 2:00 p.m. at the funeral home. Private cremation services will be held at a later date.

The family of Charles Edward Stuart created this Life Tributes page to make it easy to share your memories.