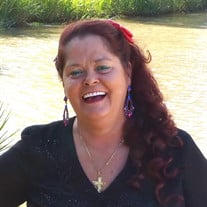 Deborah “Debbie” Jean Lynch, 59, of Port Arthur, passed away on Sunday, August 6, 2017 at her residence. Debbie was born on August 25, 1957 in McGregor, TX to the late Maurice Lynch and Dora French Lynch. Debbie is survived by her sister, Peggy Fontenot and husband Delwood of Nederland; brothers, Billy Lynch of Groves, Donald Lynch and wife, Lana of Port Acres, Carl Lynch of Port Arthur, Morris Lynch and wife, Patsy of Nederland and Jack Lynch and wife, Janice of Port Neches; friends, Michael Schexenider of LaBelle, Candy Landry of Nederland and numerous nieces, nephews and friends. She is preceded in death by her parents; brother, Douglas Lynch and sister, Kay Maxwell. There will be a gathering of family and friends on Thursday, August 10, 2017 from 5:00 p.m. to 8:00 p.m. with a rosary at 6:00 p.m. at Melancon’s Funeral Home in Nederland. The funeral service will be on Friday, August 11, 2017 at 10:00 a.m. at Melancon’s Funeral Home in Nederland with the interment at Oak Bluff Memorial Park in Port Neches.

The family of Debbie Lynch created this Life Tributes page to make it easy to share your memories.