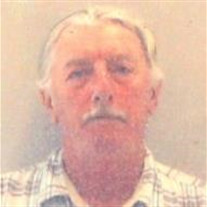 On Sunday, July twenty-fourth, in 1960, the world was graced with Derrick Calvin Montgomery, to the parents of Calvin and Christine Montgomery. He was the eldest of four children, and was born in Hemphill, Tx. Derrick passed away Sunday, November seventeenth, 2019. Derrick’s formal education was through Houston Independent School District, and through his own skills and collected knowledge, he became an industrial electrician. Due to his expertise in his trade, he was well known and sought after by various companies for foreman and superintendent positions. Derrick honed his craft and worked endlessly till his illness came, totaling over twenty years of dedicated, hard work. Derrick was a huge fan of the Houston Texans, and would clear rooms if people were too noisy for him to watch his team play. Derrick also enjoyed family time, BBQing with friends and family, his loving children and grandchildren, and his wonderful attitude and bounteous love made all these moments with him precious and special to us all. Derrick was preceded in death by two wives, Margaret Montgomery and Nita Montgomery; parents, Calvin Montgomery and Christine Dorsey Montgomery; sister, Angie Montgomery; and nephew, Doug Dorsey. Here to cherish the memories of Derrick are his fiancee, Aretha Kelly of Raywood; son, Clint Kennedy and his fiancée, Cheyenne of Angleton, Tx; daughter, Latoya Robertson and husband, William of Houston, Tx; son, Aryke Green of Conroe, Tx; daughter, Dashenae Sparks of Oklahoma; son, Terrance Gulley of Houston, Tx; and son, Traveon Gulley of Houston, Tx. He had five grandchildren, Tehron, Tamerrius, Asia and Makalia, of Houston Tx and Aspyn Green of Dayton, Tx; his brother, Kurt of Montgomery and wife Patricia of Dallas, Texas; sister, Debbie Montgomery of Nacadoches, Tx; his special and loving cousin, Toni Coon of Vidor, Tx; his special and loving aunt and uncle, Sherri and Humberto of Houston, Tx; and many more relatives, friends, and coworkers who will all cherish his memory for the rest of our days. A gathering of family and friends will be held at Melancon’s Funeral Home from 5:00 p.m. to 8:00 p.m. on Friday, November 22, 2019. Funeral services will be held at Melancon’s Funeral Home on Saturday, November 23, 2019 at 2:00 p.m. with interment to follow at Memory Gardens of Jefferson County.

On Sunday, July twenty-fourth, in 1960, the world was graced with Derrick Calvin Montgomery, to the parents of Calvin and Christine Montgomery. He was the eldest of four children, and was born in Hemphill, Tx. Derrick passed away Sunday, November... View Obituary & Service Information

The family of Derrick Calvin Montgomery created this Life Tributes page to make it easy to share your memories.