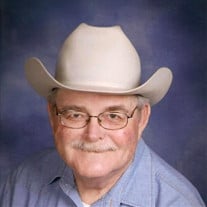 Don Howard Stanton, 72, of Bridge City, completed his earthly journey and transitioned on to his Lord and Savior on Wednesday, June 7, 2017 in Nederland, Texas. Don was born on November 12, 1944 in Orange, Texas to his parents, Frank L. Stanton and Gaynell Olivia (Dobbs) Stanton. Don was a resident of Bride City for most of his life and lived during his early years in Mauriceville. He served his country as a veteran of the United States Navy and he worked as a Journeyman Electrician with the International Brotherhood of Electrical Workers Local 479 in Beaumont where he retired from the Exxon-Mobil Chemical Refinery in Beaumont. Don was a quiet man, a former Boy Scout Leader with the Three Rivers Council where he enjoyed many camping trips and he was also a member of the Masonic Lodge. Don was a member of the Cowboy Church of Orange County and a football fan. He enjoyed watching the Dallas Cowboys, the Texas A & M Aggies and the Louisiana State University Tigers and enjoyed most watching with his grandkids and family. He was also very interested in studying his family genealogy, he loved spending holidays with his family, enjoying meals, birthday celebrations and visiting new restaurants. Don is preceded in death by his parents; his sisters, Bert Stanton Arabie and Mildred Stanton Sonier and his brothers, Frank Lyndon Stanton and Billy Glenn Stanton. Those who will most treasure his memory are his loving wife of 50 years, Mary Kathryn Corbello Stanton of Bridge City, Texas; his son, Donald Glenn “Donnie” Stanton and wife, Donna “ Pat “ of Bridge City; his Baby Girl and Football Watching Buddy, Kathryn Denise Stanton of Bridge City; his grandchildren, Bethany Danielle Stanton and Nicholas Dane Stanton, both of Bridge City. Don is also survived by his nieces, nephews, great nieces, great nephews and a host of extended family. And last but definitively no least, his beloved pet, BB. A Memorial Service to remember and honor Don’s Life will be at 10:00 A. M. Saturday, June 17, 2017 at the Cowboy Church of Orange County, 673 Farm to Market 1078 in Orange, Texas 77632. A gathering of Don’s family and friends will be from 9:00 A.M. until the time of the service at the Church. Reverend E. Dale Lee, pastor of the church will officiate.

Don Howard Stanton, 72, of Bridge City, completed his earthly journey and transitioned on to his Lord and Savior on Wednesday, June 7, 2017 in Nederland, Texas. Don was born on November 12, 1944 in Orange, Texas to his parents, Frank L.... View Obituary & Service Information

The family of Don Howard Stanton created this Life Tributes page to make it easy to share your memories.