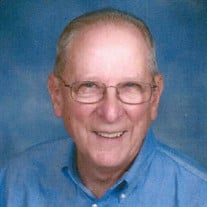 Gardner Charles Stirling of Silsbee, Texas, 76 years old departed to be face to face with his Savior, Jesus Christ, and with a host of family and friends who preceded him in death. Gardner was born January 8, 1942 in Beaumont, Texas to Walter and Jessie Florence Stirling. He graduated from South Park High School in Beaumont and graduated from Lamar University. He then went to work for Tenneco in Houston. He and Madeline raised their three children in Houston, Texas. In 1991 he went to work for his brother-in-law, Richard Burton at Burton McCumber & Cortez in Brownsville, Texas. After retiring he and Madeline moved next door to their son, Charles in Silsbee, Texas. Gardner is survived by his wife, Madeline Hymel Stirling of 54 years; his children, Sheri Stirling Young and her husband Ken Young of Kingwood, Texas, Charles Allen Stirling of Silsbee, Texas, Bill Stirling and his wife Christina Stirling of Richardson, Texas; and one sister, Nellie Don Evans of Houston, Texas. He has five precious grandchildren that were the highlight of his life, Daly Stirling Spencer of Lufkin, Texas, Darby Marie Barr of Lufkin, Texas, Holli Young of Kingwood, Texas, Brendon Young of Kingwood, Texas, Madison Stirling of Richardson, Texas; and one precious great-grandchild, Ava Marie Stirling-Spencer of Lufkin, Texas; his father-in-law, Herbert “Bub Bud” Hymel and his mother-in-law, Jacqueline “Jackie” Hymel of Silsbee, Texas; his sister-in-laws, Dianne Sparks and her husband, Tom Sparks of Lake Arthur, LA, Connie Boesch of Houston, Texas, and Christy Burton and her husband Richard Burton of Silsbee, Texas; nieces, Lillian Lee Stirling of Cedar Park, Texas, Jessica LeNell Stirling of Montgomery, Texas, Mary Ellen Sparks of Lake Arthur, LA, Ami Burton of Silsbee, Texas, Jennifer Boesch of Houston, Texas; his nephews, Robert H. Stirling and his wife, Carolyn of Elgin, Texas, Kyle Evans and his wife, Rosanne of Houston, Texas, Jeb Boesch of Houston, Texas, Chris Sparks, and Scott Burton and his wife, Julie Chen-Burton of Playa Del Ray, CA. Gardner was a very kind loving husband, father, and grandfather. He served on many Children’s Boards. His greatest accomplishment in life were his children and grandchildren. He adored his time spent with them playing games and he was very competitive. He was the one always behind the camera so we had to search to get pictures of him. He was very well known for his chocolate chip cookies. He loved to whistle so at the office everyone knew when he was coming their way. He is preceded in death by his parents; his brother, Hendrix Stirling; and his brother-in-laws, RD Evans and Thomas Boesch.

Gardner Charles Stirling of Silsbee, Texas, 76 years old departed to be face to face with his Savior, Jesus Christ, and with a host of family and friends who preceded him in death. Gardner was born January 8, 1942 in Beaumont, Texas... View Obituary & Service Information

The family of Gardner Charles Stirling created this Life Tributes page to make it easy to share your memories.