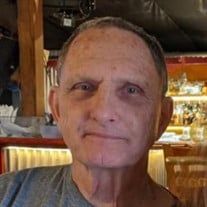 George Crafton, 73, of Nederland, Texas passed away at his home on December 5, 2021. George was born on August 31, 1948 in St. Louis, Missouri to George Velorice Crafton, Sr. and Ruby Bense Crafton. After graduating high school, George served his county in the United States Air Force and was a Vietnam War veteran. When George’s term of service was complete, and he was honorably discharged, he went on to work for the Nederland Independent School District where he retired after 36 years. George was a man with many hobbies and a jack of all trades. He was a black belt in karate and an instructor for over 20 years. George enjoyed buying and restoring classic cars and he was especially fond of his corvettes and MG Midget. He was a man that loved his country, the military and most of all, his family. He was a loving husband, father and grandfather. George will be missed by all that knew him. Those left behind to cherish George’s memory are his wife of 30 years, Angela Crafton; daughters, Victoria Crofford and her husband, Gunner of Arizona, Jennifer Simmons of Groves; father, George Crafton, Sr of Missouri.; half-sister, Benitta Tegg and her husband, Bruce of Missouri, Alane Burch and her husband, Stephen of Missouri; and grandchildren, Beckett, Charlotte, Colton and Savannah. George is preceded in death by his mother, Ruby Bense Crafton and brother, Val Crafton. A private service in George’s honor will be held by the family at a later date.

The family of George Crafton created this Life Tributes page to make it easy to share your memories.

George Crafton, 73, of Nederland, Texas passed away at his home...