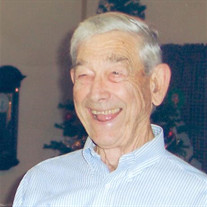 George Sutton Ware passed away on Wednesday, November 27, 2019. He was born December 9, 1928 in Sabine County near Hemphill, Texas, the youngest of 7 children of Walter P. Ware and Ester Berry Ware. He graduated from Hemphill High School in 1946. He served in the United States Marine Corps from August of 1946 in Marine Wing Service Squadron One at El Toro Air Base in Santa Ana, CA and on the U.S.S. Boxer. He was in the reserves and was called back into active service in March of 1948 serving as a military policeman in Santa Ana, California and was honorably discharged in October of 1952. Sutton Ware worked at Texaco Refinery in Port Arthur, Texas, retiring in 1984 after 33 years of service. He and his wife owned Ruby Ware Real Estate from 1978 until the early 1990’s. He was preceded in death by his beloved wife of 46 years, Ruby R. Ware; brothers Wyatt G. Ware, Bill Ware, Gus H. Ware, and sisters Esther Ware Armstrong, Billie Ware Ferguson, and Jonnye Ware Huff. He is survived by his son George S Ware, II and his wife Patricia, daughter Cynthia W. Norman and her husband Bill Norman, daughter Sue Ellen Ware, grandsons George Sutton Ware III (Trey), and his wife Stephanie Hagee Ware, Seth Asher Ware, William Garrett Norman, and granddaughter Emily Louise Norman Harper and her husband Neal Harper, and one great grand-child Liam Sutton Ware. He is also survived by his nieces Kathleen Huff Hancock, Patty Huff, and Linda Ferguson, and nephew William Ware, and many other nieces, nephews, great nieces and nephews. He was a faithful member of the West Groves Church of Christ for over fifty years. He lived his life with integrity, decency, and honor, and loved and was greatly loved by his children as he “encouraged, comforted, and urged his children to live lives worthy of God” (I Thessalonians 2:10-12). A visitation will be held Sunday, December 1, 2019 from 5:00 to 8:00 p.m. at Melancon’s Funeral Home, 1605 Avenue H, Nederland, Texas, 77627. A funeral service will be held Monday, December 2, 2019 at 2:00 p.m. at Melancon’s Funeral Home with burial and Military Honors to follow at Oak Bluff Cemetery, 618 Block Street, Port Neches, Texas.

George Sutton Ware passed away on Wednesday, November 27, 2019. He was born December 9, 1928 in Sabine County near Hemphill, Texas, the youngest of 7 children of Walter P. Ware and Ester Berry Ware. He graduated from Hemphill High School in... View Obituary & Service Information

The family of George Sutton Ware created this Life Tributes page to make it easy to share your memories.