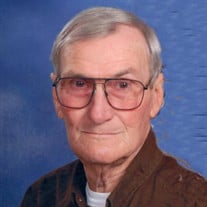 Hallie Dariel Newman (Bo to close friends and relatives), 86, of Port Neches, Texas passed away July 29, 2020. He was born on June 28, 1934 in Gillsburg, Mississippi to the late Maurice David Newman and Lucille Hurst Newman. Those left to cherish Bo’s memory are his wife of 57 years, Kathy Irvine Newman of Port Neches; his son, Dariel Newman and his wife, Jodi of Pearland; his daughter Dana Newman of Nederland; his 4 grandchildren, Dr. Michael Newman of San Antonio, Officer Jared Newman (fondly known to Bo as 187) and his girlfriend, Kaylie Perez of Conroe, Private First Class Kristen Newman in the Texas Army National Guard, of Houston, Kayla Broussard Alspach, RDH and her husband, Sam of Dallas; his brother, Winston Newman of Port Neches; 8 nieces and nephews; and his God-son, Adam Arrendondo. Bo is preceded in death by his parents; and 2 brothers, Maurice McCune Newman and Monty Emile Newman. Hallie proudly served his county in the United States Army. He worked at and retired from Texaco/Star Enterprise in the product control lab the entire time. “Bo” was a member of First United Methodist Church of Port Neches. He served on many various boards of the church, taught Sunday School, and he and Kathy were the MYF sponsors for many years. During this time as sponsors of MYF the kids called him Hallie Bo referencing his county upbringing and the name “Bo” stuck and followed with even his grandkids lovingly called him “Bo”. He enjoyed fishing, hunting, reading Louis L’Amour books and watching John Wayne movies. Hallie loved life and loved helping people however he could. He loved God, his family, and his church. But most of all he loved his 4 grandchildren and grand son-in-law – even if he was an Aggie. He was so very proud of all of them and what they have accomplished. In lieu of flowers, the family request that donations be given to: First United Methodist Church, Box 277, Port Neches, TX 77651 Or Gillsburg Baptist Church, 6126 Mississippi Highway 568, Osyka, MS 39657

Hallie Dariel Newman (Bo to close friends and relatives), 86, of Port Neches, Texas passed away July 29, 2020. He was born on June 28, 1934 in Gillsburg, Mississippi to the late Maurice David Newman and Lucille Hurst Newman. Those left... View Obituary & Service Information

The family of Hallie "Bo" Dariel Newman created this Life Tributes page to make it easy to share your memories.