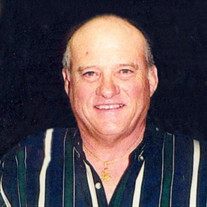 Herbert “Herby” “Pop” Ray Broussard, 72, of Port Neches, passed away on Friday, March 17, 2017 surrounded by his family at his home in Port Neches. He was a beloved husband, father, brother, uncle, and Pop. Herby was born on August 29, 1944 in Port Arthur to the late Freddie Frederick Broussard and Bernice Inez Duhon Broussard. He was a 1962 graduate of Nederland High School. He was a pipefitter earning his 50-year life member pin from Pipefitter Union Local 195. Herby was also a long-time member of the Fraternal Order of Eagles. Herby is survived by his sons, Allen Broussard and wife, Dawn, of Seabrook and Michael Montgomery and wife, Rebecca of Kingwood; daughters, Denna Broussard of Port Neches and Melissa Montgomery and husband, Derrick Hinton of Houston; grandchildren, Isa Brie Broussard, Jaron Smith, Rory Hinton, Keith Montgomery, Emily Tucker, Morgan Montgomery and Braedon Montgomery; great-grandchildren, nieces and nephews. He is proceeded in death by his parents and his wife, Carol Knight Broussard. Melancon’s Funeral Home is helping us in preparation so we can have a public celebration of Herby’s life on Saturday, April 1, 2017 at 12:00 p.m. at Fraternal Order of Eagles #3743 Hall, 2313 Nederland Avenue, Port Neches, TX. To his family and those fortunate to know him, Herby was best known for his helping hand to those he knew and those he didn’t. Herby was an avid duck hunter and fisherman. He was a loving father to his children and incredible second dad to the rest of us. Herby was always so supporting to all and will be deeply missed by his family and friends.

The family of Herbert "Herby" "Pop" Ray Broussard created this Life Tributes page to make it easy to share your memories.