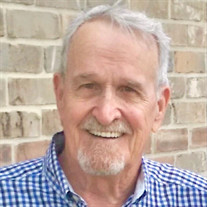 James N. Alexander, 86, of Nederland, Texas passed away on Tuesday, October 5, 2021. James was born in Beaumont, Texas on August 1, 1935 to the late Henry T. Alexander II and Edith Meinscher Alexander James proudly served his country as a member of the United States Army. After he was honorably discharged, James worked for Dupont Beaumont Works for over 32 years as an Industrial HVAC Mechanic. James was a jack of all trades, if something was broken, needed to be built, or someone was in need, James was the man for the job. He genuinely liked to help people and always provided for his family. No matter how hard he had to work, or what needed to be done, you would never hear a complaint from him. He loved traveling and spending time with his family and friends. James never met a stranger, and to say the least, he was a talker. James was a carpenter, a plumber, an electrician, a mechanic, and above all, he was a loving husband and father. He revolved his life around caring and providing for his family, and James will be truly missed by all that knew him. Those left to cherish James’ memory are his loving wife of 63 years, Eleanor Dobbins Alexander; his two sons, Tim Alexander and his wife, Dana; Todd Alexander and his wife, Clarissa; his grandchildren, Alyssa Alexander Khatibi, Camron Alexander, Emily Alexander Tripp, Conner Alexander; his great grandchildren, Everett Tripp, Nicholas Khatibi, Reagan Tripp; his brothers, Henry T. Alexander III, Frank Alexander; and numerous loving family members and friends. He is preceded in death by his parents, and brothers, George Alexander, and Mike Alexander. A Celebration of Life for James N. Alexander will be held on Saturday, October 9, 2021 from 4:00 p.m. until 6:00 p.m. at Melancon’s Funeral Home in Nederland, Texas. Military Honors will be conducted in James’ honor at 5:00 p.m. during the Celebration of Life.

The family of James N. Alexander created this Life Tributes page to make it easy to share your memories.

James N. Alexander, 86, of Nederland, Texas passed away on Tuesday,...