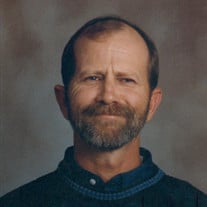 James “Jimbo” Thomas Feldschau, Jr. Born in Port Arthur, TX, December 8, 1954 James was a 1973 graduate of Port Neches-Groves High School. He served his country for four years and was honorably discharged in 1980. Following his discharge, he went to work for the US Postal Service. He retired from the Postal Service after 30+ years. He lived the remainder of his life in Port Neches. He loved riding in his Hummer, taking his 4-wheeler for rides and just sitting around his yard feeding and watching his ducks. He is preceded in death by his father, James T. Feldschau, Sr., mother, Cora Mavis Feldschau, and brother, Roy Alvin Prothro. He is survived by his brother, Charles “Ronnie” Feldschau of Port Neches; his sister, Sandra (Feldschau) Cutaia and brother-in-law, Ted, both of Port Neches; niece, Hannah Feldschau and fiance’, Tanner Breuer of Port Neches; sister-in-law, Bonnie Prothro of Warren; and niece, Carla McNeel of Warren. He is also survived by one great-niece, Jacey Mettlen, and two great-nephews, James Mettlen and Karson Tanner Brauer. The family wishes to have a private service and cremation will follow at a later date. Anyone wishing to send a memorial in Jimbo’s memory, donations can be made to Buckner Children’s Village in Beaumont, TX. Special thanks to the First Responders, Port Neches Fire Department, Port Neches Police Department, and EMS that worked so hard to help.

The family of James "Jimbo" Thomas Feldschau Jr. created this Life Tributes page to make it easy to share your memories.