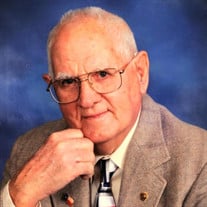 James C. Porter, Sr., 87, of Nederland, Texas passed away November 4, 2020. He was born in Port Arthur, Texas on May 26, 1933 to the late Chester Jackson Porter and Dora Leggett Porter. James graduated from Thomas Jefferson High School in 1952. He served his country proudly in the U. S. Army, where he served as a helicopter mechanic in Japan. James was also a member of the Confederate Air Force. After serving his country, he went on to be a machinist for Gulf Oil. He deeply loved God, his family, and his country. Those left to cherish James’s memory are his wife of 65 years, Nava Louise Forse Porter of Nederland; his daughter, Dawaina Schrieber and her husband, L.J. of Hemphill; his son, James “Bubba” Porter, Jr. and his wife, Lori of Nederland; his grandchildren, Daneen Green of California, David Green and his wife, Shana of Pflugerville, Evan Michael Porter of Nederland, and Robin Fuller and her husband, Jack of Ohio; his grand-daughter-in-law, Amber Porter of Port Neches; his great-grandchildren, Brooks Green of Pflugerville, Tucker Green of Pflugerville, Jase Porter of Port Neches, Annabel Fuller of Ohio, Fallon Fuller of Ohio, and Abigail Fuller of Ohio; his brother, Jack Porter of Nederland; his sister, Jane Brent and her husband, Bobby of Whitehouse; and numerous nieces and nephews. He is preceded in death by his parents and his grandson, Jordan Clay Porter. A gathering of family and friends will be held at Melancon’s Funeral Home in Nederland on Wednesday, November 11, 2020 from 2:00 p.m. to 4:00 p.m. with a funeral service to follow at 4:00 p.m., with Brother Mark Humble officiant.

The family of James C. Porter Sr. created this Life Tributes page to make it easy to share your memories.