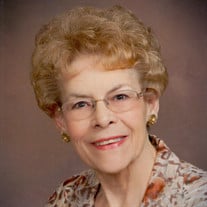 Janette Hudson Broussard, 84, of Nederland, Texas entered into Heaven on June 2, 2019. She was born on November 25, 1934 in Orange, Texas to William and Geneive Hudson. When Janette was two years old, her parents moved the family to Nederland, Texas, where she resided until her death. She graduated from Nederland High School in 1953 and Lamar Tech in 1955 with a degree in Medical Technology. She was a Registered Medical Technologist for 14 years with Doctors: Moore, Richardson, and Rienstra. In order to have summers off with her husband, “Pop,” and her daughter, Jamie, she decided to return to college to become a teacher. She received her B.S. degree from Lamar University, and her M.S. degree from Prairie View A&M. She worked for Port Arthur ISD for 23 years as a Health Occupation teacher at Stillwell Technical Center. She retired from teaching in 1994 and spent her time with “Pop” cooking, traveling, and spoiling her two precious grandchildren, Payden and Paxton. Janette was a member of St. Charles Catholic Church in Nederland for over 50 years and participated as a Eucharistic Minister and member of the Women’s Guild. However, she recently became a member of St. Elizabeth Catholic Church in Port Neches. She was preceded in death by the love of her life and husband of 58 years, Lessie James “Pop” Broussard; her parents; brothers: William James Hudson and Charles Wayne Hudson; and sister, Merty Lee Miller. She is survived by her daughter, Dr. Jamie Packman, and son-in-law (whom she called her son), Ronnie Packman; granddaughter, Payden Packman; grandson, Paxton Packman; granddog, Princess; and numerous nieces and nephews. A special thank you to the doctors, nurses, and staff of: The Medical Center of Southeast Texas; Mid-Jeff Extended Care Hospital; and Bonne Vie Skilled Nursing Facility. A Mass of Christian Burial will be celebrated at 10 a.m. Friday, June 7, 2019, at St. Elizabeth Catholic Church in Port Neches, with burial at Oak Bluff Memorial Park in Port Neches under the direction of Melancon’s Funeral Home in Nederland. A gathering of the family and friends will be held from 5:00 p.m. – 8:00 p.m., Thursday, with a Christian Vigil at 7:30 p.m. at the funeral home.

Janette Hudson Broussard, 84, of Nederland, Texas entered into Heaven on June 2, 2019. She was born on November 25, 1934 in Orange, Texas to William and Geneive Hudson. When Janette was two years old, her parents moved the family to Nederland,... View Obituary & Service Information

The family of Janette Hudson Broussard created this Life Tributes page to make it easy to share your memories.