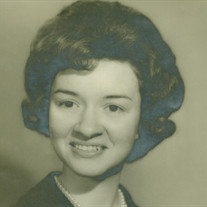 Janice Lorene Lide, 73, of Lumberton, Texas formerly of Nederland, Texas passed away Friday, December 7, 2018. Janice was the first of 7 children born to Mary Lorene (Martin) and Howard Stuart Stonebraker on June 18, 1945 in Danville, Boyle County, Kentucky. At that time her father was serving in Germany during WW II. Her education began in a one room school house call Oaklawn Elementary School about a mile from her home in Ypsilanti, Michigan. Her she attended from Kindergarden to 4th Grade, then attended Milan Elementary, Junior and Senior High School in Milan, Michigan. After graduating from Milan High School, Milan, Michigan in 1963 she attended Southern Bible College in Houston, Texas, and this is where she met her first husband, Thurman Wayne Aylor. They married July 31, 1965 in Houston, Harris County, Texas. Janice holds a B. S. Degree in Christian Education having graduated in 1969. In June 1974 Thurman's job offered him a better position in Jefferson County and they moved there. In 1981 her marriage failed while living in Nederland, Texas. The following year, November 20, 1982 in Beaumont, Texas, she married Mr. Buck Duane Lide. Janice was an excellent seamstress and enjoyed canning. She was a housewife and held no outside employment, although in the past she had done office work for Gulf Oil Company, Houston; Lamar University, Beaumont, Texas; and had worked for the City of Nederland. Those left to cherish her memory are her sons Michael Aylor, and wife Carrie, of Lumberton, Tim Aylor, and wife Deana of Port Neches, and Mark Aylor, and wife Elizabeth, of Boaz, Alabama; her brothers, Kenneth Howard Stonebraker, Keith Glynn Stonebraker, Kevin Martin Stonebraker, and Keenan Karl Stonebraker; her sisters, Joyce Ann Melnar and Jusdy Lynn Tyree; and her grandchildren, Joseph Aylor, Jacob Aylor, Brooke Stuart, Jesse Aylor, Ashton Aylor, Alex Smith, and Alicia Aylor. She is preceded in death by her parents, and her husbands, Thurman Wayne Aylor, and Buck Duane Lide. A gathering of family and friends will be held on Monday, December 10, 2018 from 5:00p.m. until 7:00p.m. at Melancon’s Funeral Home. The funeral services will be held on Tuesday, December 11, 2018 at 10:00a.m.

The family of Janice Lorene Lide created this Life Tributes page to make it easy to share your memories.