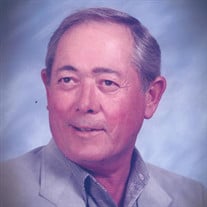 Jerry Randall Simmons, 81, of Nederland, Texas passed away in Woodville, Texas on December 9, 2021. He was born in Port Arthur, Texas on December 25, 1939 to the late C.O. “Buster” Simmons and Clarice Mitcham Simmons. Jerry grew up in Groves, Texas and was a proud member of the PN-G Class of 1957. He then enlisted in the United States Marine Corps and he proudly served until 1961. One of his most honored accomplishments was serving on the mechanical detail for President Dwight D. Eisenhower’s helicopter, Marine One. After his enlistment, Jerry returned to Groves and began working as a pipefitter at Neches Butane. He decided to further his education and enrolled at Lamar Tech He attended college during the day while working nights and received his engineering degree from Lamar Tech in 1970. Jerry worked his entire career with Neches Butane, Texaco Chemical, and Huntsman until his retirement from Huntsman in the late 1990’s. Jerry’s passions were his family, gardening, hunting, fishing and golf. He was a wonderful son, brother, husband, dad, grandfather, and friend. He shared his dad’s love of gardening and frequently shared his harvest and gardening tips with others. Jerry was an avid deer hunter and fisherman and loved spending time with friends doing both. He loved to share stories of his adventures on the lease and on the water. He had been an avid golfer in his younger days and still loved to watch tournaments on the Golf Channel. Jerry was a true and loyal friend and enjoyed helping others. He also loved the Cowboys….most of the time. Jerry lost his first wife, Geraldine, when he was only 43. He found love again with Kathleen and they enjoyed spending time with friends and family and traveling. They also cherished their dogs who were like kids to them. Those left to cherish Jerry’s memory are his daughter, Cindi Simmons Cooley and her husband, John of Woodville; his grandchildren, Jace Cooley of Houston and Bryce Cooley of Round Rock; and his sisters, Paula Moye of Nederland and Pam Bargainer of Groves. He is preceded in death by his parents; his wives, Geraldine Hagen Simmons and Kathleen Mudd Simmons; and his brother, Jeffrey “Lanny” Simmons. Jerry’s family would like to thank his best friend, Ronnie Brown, for bringing him happiness through his friendship for so many years. They would also like to thank his neighbor pals- Terry, Joe, Pat and Johnny- for being there for him and helping out during his illness. The family would also like to thank Affinity Hospice for their care and assistance during Jerry’s illness. A special thanks goes to Mona Phillips, Benitta Saylor, and Kim Haines for their compassion and care. Memorial contributions may be made to St. Jude’s Children’s Hospital or the Humane Society of Southeast Texas. A gathering of family and friends will be held Saturday, December 18, 2021 from 12:00 p.m. until 1:00 p.m., with a Memorial Service to begin at 1:00 p.m., at Melancon's Funeral Home.

The family of Jerry Randall Simmons created this Life Tributes page to make it easy to share your memories.

Jerry Randall Simmons, 81, of Nederland, Texas passed away in...