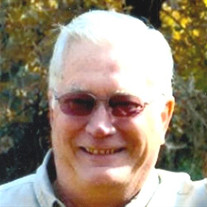 John MacGregor Oliver Jr. 70, of Port Neches, died Wednesday, January 11, 2017 at Christus St Elizabeth Hospital in Beaumont. John was born August 27, 1946 in Port Arthur to the late John MacGregor Oliver Sr., and Dorothy Elizabeth Erwin Oliver and lived all of his life in the Port Arthur and Port Neches area. John was a retired Manager of Contract Services with Entergy with 33 years of service. He also served his country in the U.S. Air Force as an Honor Guard. He was a member of Hillcrest Baptist Church in Nederland. A gathering of the family and friends will be from 5:00 p.m. to 8:00 p.m. on Saturday, January 14, 2017 at the funeral home. Funeral services will be at 2:00 p.m. on Sunday, January 15, 2017 at Melancon’s Funeral Home in Nederland with Rev. Jorden Rogers officiating. His interment will be at the Central Texas State Veterans Cemetery in Killeen, Texas on Tuesday, January 17, 2017 at 12:00 p.m. John is survived by his wife, Patti Oliver of Port Neches; his daughters, Anna Elise Oliver, Keli Elizabeth Oliver of Port Neches, and Sheri Lynn Ryan and her husband John of Maryland; his son, Michael John Oliver of Virginia; his sister, Susan Stephen and her husband Harry; his brother, David Oliver of Dallas; five Grandchildren, Kaitlyn, Andrew Maggie, Derek, Lauren.

The family of John MacGregor Oliver Jr. created this Life Tributes page to make it easy to share your memories.