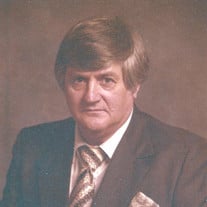 Kellon S. “Blaze” Marshall, 87, of Port Neches, passed away Friday, October 13, 2017 at his residence in Port Neches. Kellon was born February 22, 1930 in Huntington, to the late Floyd Marshall and Easter Hamilton Marshall and lived in the Port Arthur and Port Neches area since 1962. He retired as the owner and operator of Marshall Motors on Gulfway Drive in Port Arthur in 1992 after 30 years. Kellon is survived by his wife of 68 years, Janiece Marshall; two daughters, Cynthia Devlin and her husband Philip, and Kay Ryan and her husband Mark; two sons, Robert Marshall and his wife Marilyn, and Michael and Belinda Marshall; one brother, Byford Marshall and his wife Yvonne. He is also survived by his grandchildren, Robert C. Marshall and his wife, Megan, and Christine Marioneaux and her husband Chris, and 5 great grandchildren. A gathering of the family and friends will be from 5:00 p.m. to 7:00 p.m. Monday, October 16, 2017 at Melancon’s Funeral Home in Nederland. A graveside service will be held at the Chambers Family Cemetery, south of Zavalla, at 2:00 p.m. Tuesday, October 17, 2017. The family would like to thank Compassionate Hospice in Beaumont, and Kim Smith for the care given to Mr. Marshall during his illness. Memorial contributions can be made to the Parkinson’s Association.

The family of Kellon S. Marshall created this Life Tributes page to make it easy to share your memories.