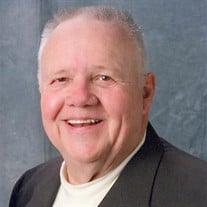 Mark Majors III, 80, of Port Neches, Texas passed away August 3, 2019. He was born in Port Arthur, Texas on April 28, 1939 to the late Mark Majors Jr. and Beatrice Richard Majors. He attended local schools and graduated from Texas A&M University. A 1961 graduate of Texas A&M and an officer in the Air Force, he worked for Jefferson Chemical in Port Neches for one year and then he served three years in the Air Force in communications. He and Sylvia married in 1963 and lived in Waco for two years. He then served in the Azores for a year. After discharge, he returned to Jefferson Chemical/Texaco Chemical/Huntsman Chemical and retired in 2001 with 40 years of credited service as a project engineer, building and modifying petrochemical units (Ethylene Oxide and derivatives). During his career he served on several community boards of directors such as the South Jefferson County Red Cross, United Way, Crime Stoppers, Mid-county Lions Club, Veteran Organizations and AIChE (American Institute of Chemical Eng). He has been involved with the company sponsored credit union (Jeff Chem/Texaco Chem/Huntsman)for 40 years and served as a volunteer and treasurer on the Board of Directors of the Neches Federal Credit Union. They enjoyed retirement, but missed their co-workers. They also enjoyed working with their grandchildren and traveling whenever possible. Those left to cherish Mark’s memory are his wife, Sylvia Patin Majors of Port Neches; his daughters, Tracie Johnson, and her husband Jerry, an elementary teacher, of Round Rock, Texas, Deborah Majors Patterson, and her husband John, of Beaumont, and Lynn Armstrong of New Jersey; his sons James Majors, and his wife Vivian, a project manager for Echo Group, of Fannett, Texas, and Robert Majors, a construction craftman for Echo Maintenance, of Nederland, Texas; his grandchildren, Karli Monceaux, Madison Patterson, John Robert Patterson, Jeremy Johnson, Jessica Johnson, Jack Riley, Matthew Majors, Justin Majors, Jamie Majors, and Cobey Sonnier; and one great-granddaughter Lyla Grace Patterson. He is preceded in death by his parents. A gathering of family and friends will be held at Melancon’s Funeral Home in Nederland from 5:00 p.m. to 8:00 p.m. on Monday, August 5, 2019. There will be a graveside funeral service at Hook Cemetery in Kountze, Texas at 10:00a.m. on Tuesday, August 6, 2019.

The family of Mark Majors III created this Life Tributes page to make it easy to share your memories.