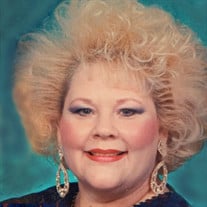 Paula Jean Worthington, 71, of Bridge City, Texas, passed away Tuesday, June 9th, 2020, at the Medical Center of Southeast Texas. Paula was born April 15, 1949, in Jonesboro, Louisiana, to the late LB and Emma Jean Caples. At a young age, Paula was adopted by J.O. and Doris McCune. She was lovingly known by her family and friends as a family-oriented, kind, and loving person. Paula’s son and grandchildren were the light of her life and will be greatly missed. Paula was preceded in death by her parents, John Ollie McCune and Doris Opal Ellis McCune; sisters, Patricia Hutchinson and Charlotte Ezell; and brother, Dennis McCune. She leaves behind her husband of 48 years, Leslie “Les” Worthington of Bridge City, TX; son, Kenny Worthington and his wife, Johnal of Bridge City, TX; grandchildren, Jacob Worthington and his wife, Kayla of Bridge City, TX; Karley Davis and her husband, Mason of Bridge City, TX; great grandchild, Knox Lee Worthington; brother, Jerry Wayne Caples; and a host of nieces and nephews to cherish her memory. A gathering of friends and relatives will be Saturday, June 13, 2020 from 9:00 a.m. until 11:00 a.m., with a Celebration of Paula’s Life to begin at 11:00 a.m., at Melancon’s Funeral Home. Interment will follow at Oak Bluff Memorial Park.

The family of Paula Jean Worthington created this Life Tributes page to make it easy to share your memories.