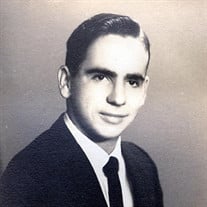 Robert Lee Cook, 75, of Port Acres, passed away on Wednesday, September 27, 2017 at his residence. Robert was born on April 10, 1942 in El Dorado, Arkansas to the late Donald Lee Cook and Wanda Eula Tatum Cook. He graduated high school in 1960 and then joined the Air force where he served 8 years as an air policeman. He attended Oil Belt Vocational School where he received his certificate in computer programming. In 1972, he went to work for the El Dorado Times. Then in 1976 he moved to Beaumont, Texas to begin his career with the Beaumont Enterprise which he retired from in 2004. He was married to Cheryl Ann Blackmon in 1968 and together they had three children, Lucinda Kathleen Cook Daniels, Robert Thomas Cook and Maria Leighann Cook. He enjoyed going to the Renaissance Festival with friends and going to the beach. He enjoyed doing crossword puzzles, sudoku and was an avid reader of westerns and mysteries. His favorite past time was feeding the birds and seeing how many different kinds would come eat. He loved his pets, Badger and Kiva and his many cats. He is survived by his ex-wife, Cheryl Ford, his daughter, Lucinda “Cindy” Daniels and her husband Pernell Daniels, his son, Robert Thomas Cook and his wife Sheila Cook, his four granddaughters, Amber Dale, Brittany Dale, Shealene Cook, and Melissa Cook, and his great granddaughter, Alyssa Dale. He is preceded in death by his parents and youngest daughter, Maria Leighann Cook. There will be a memorial service Saturday, September 30, 2017 at 10:00 a.m. at United Christian Fellowship Church located at 1613 Welch, Port Neches, TX 77651 with Bro. John Morgan officiating.

The family of Robert Lee Cook created this Life Tributes page to make it easy to share your memories.

Robert Lee Cook, 75, of Port Acres, passed away on Wednesday,...